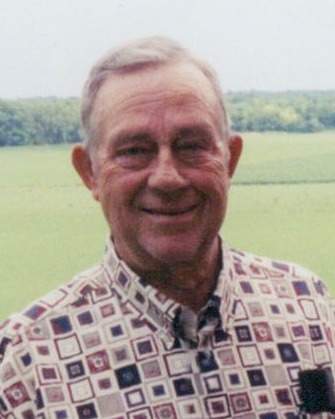 William E. Sengpiel, 90, of Secor passed away at 2:21 p.m. on Wednesday, September 7, 2022 at The Loft Nursing Home in Eureka.
He was born on June 20, 1932 a son of Logan and Hazel Stumbaugh Sengpiel. He married Imogene Menssen on September 1, 1960 in Paris, IL. She passed away on February 13, 1991. Later he married Shirley J. Hunsinger on December 18, 1993 in Benson. She survives.
Survivors also include his son, Darrin (Becky) Sengpiel of Secor; one brother, Jim (Esther) Sengpiel of Bloomington; two sisters, Dixie Burke of El Paso; Jackie (John) Knepp of El Paso; step-daughter, Kristy (Lou) Wicker of Norman, OK; step-grandson, Ben Wicker; four nieces and two nephews.
He was preceded in death by his parents.
William worked at Caterpillar for 31 years retiring in 1982. Bill Sengpiel’s Assembly assignment was changed for the April Build schedule. His new assembly ticket included the building of power take off subassemblies for RM 326 transmissions which are used at Decatur. This operation required using an indicator gage to set end play of a bearing assembly. Bill immediately noticed that the gage was confusing. His insistence that the gage had been read wrong led to correcting this problem. Bill’s attention to detail averted a potentially serious field problem with these transmissions.
Bill was an Army veteran serving in the Korean Conflict. He was awarded the Korean service ribbon, Bronze Service Star, United Nations Service Metal, National Defense Service Metal.
William was a lifetime member of Secor Sportsman’s Club and VFW in El Paso. He was also a member of the American Legion in El Paso.
Private graveside services will be held at Secor Cemetery in Secor where military rites will be accorded at the grave. Pastor Doug Hicks will officiate. Ruestman-Harris Funeral Home in El Paso is handling arrangements for the family.
Memorial contributions may be made to a Charity of Donor’s Choice. Online condolences may be sent to the family at www.ruestmanharrisfuneralhome.com.

To send flowers to the family in memory of William E. Sengpiel, please visit our flower store.