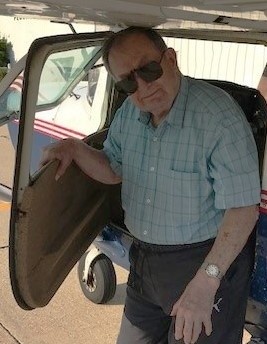 He was also preceded in death by his son, Donald E. Nyberg.

Private family graveside services will be held at Evergreen Cemetery in El Paso.  Ruestman-Harris Funeral Home in El Paso is assisting the family with final arrangements.

Memorials may be made to Snyder Village in Metamora, IL.

To send flowers to the family or plant a tree in memory of Walter E. Nyberg, please visit our floral store.

To send flowers to the family in memory of Walter Nyberg, please visit our flower store.