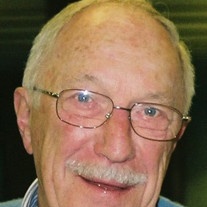 He will be cremated and a memorial
service will be held on Saturday, August 24, 2013 at 11:00 a.m. at
The First Presbyterian Church, Normal. Following the service the
family will greet guests in the Fellowship Hall. His good friend of
many years, Rev. James Pruyne, will officiate partnering with Rev.
Larry Gaylord.

Walter was born in Redfield, South
Dakota on August 9, 1924 a son of Carl and Ruth Friedhoff. He
married Ruth E. Kofoed on December 21, 1952 in West Branch, Iowa.
She preceded him in death.

He was also preceded in death by
his parents and one brother, Everitt (Beverly) Friedhoff.

He was a Professor of Psychology at
ISU prior to retirement in 1985. He was a Faculty Fellow from 1986
to 1995. He served as the first chairperson of the department of
psychology when that department was established in 1966 and was a
member of the ISU faculty for twenty-eight years. Prior to that, he
was at Eastern Illinois University for three years and earlier was
Assistant Dean of Students at the University of South Dakota.
Following his career at ISU, he served as visiting professor at
Cornell College, IA and at his alma mater, the University of South
Dakota.

Walter was a member of the American
Psychological Association, and the Illinois Psychological
Association where he served as president in 1972. During his career
he was a member of a number of organizations relevant to his
academic specialty. He also served as a behavioral consultant to
various agencies of state and federal government as well as a
number of corporations.

He served in the Army Air Forces
during WWII and flew 43 missions as a bombardier/navigator while
assigned to the 15th Air Force in Italy. He was a
recipient of the Air Medal with three oak leaf clusters and had
three battle stars on his European Theatre ribbon. He retired from
the Air Force as a Lt. Colonel.

He was a member, Elder and choir
member of the First Presbyterian Church of Normal, and member of
the College Alumni Fund, the Senior Professionals of ISU and the
McLean County Senior Golf Association. As an avid traveler, he
visited over 31 countries on six continents. Golf and tennis were
favorite activities and, of course, he cherished the time spent
with his children and grandchildren.

One week prior to his death, his
three children and all nine grandchildren were with him to
celebrate his 89th birthday. He was smiling.

In lieu of flowers please consider
a contribution to the Jim and Gwen Pruyne Lectureship in
Progressive Christianity at the New Covenant Community or a charity
of your choice.

Online condolences may be made to
the family at kiblerbradyruestman.com.

To send flowers to the family or plant a tree in memory of Walter H. Friedhoff, please visit our floral store.

To send flowers to the family in memory of Walter Friedhoff, please visit our flower store.