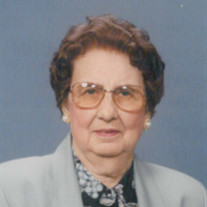 Her funeral will be at noon on
Thursday, March 27, 2014 at Kibler-Brady-Ruestman Memorial Home in
Bloomington with Pastor Chris Nitzel officiating.  Visitation
will be one hour prior to the service at the memorial home on
Thursday.

Interment will be at Mackinaw
Township Cemetery in Mackinaw.  Memorials may be made to the
Arthritis Foundation or Trinity Lutheran Church.

Surviving is a brother, Marion
Oltman of Pekin; a sister, Norma June (Gerald) Wollenschlager of
Normal and a brother, Del Oltman of Bloomington.

In addition to her husband,
Clarence , she was preceded in death by her parents; four sisters,
Ruth Seggerman, Beverly Oltman, Dorothy Apell, Shirley Pangle; and
one brother, Donald Oltman.

Virginia was a member of Trinity
Lutheran Church in Bloomington.  She worked many years as an
election judge.

Virginia will be missed by family
and friends.

To send flowers to the family or plant a tree in memory of Virginia L. Davis, please visit our floral store.

To send flowers to the family in memory of Virginia Davis, please visit our flower store.