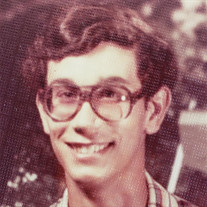 Thomas Kellerhals 54, of Gridley passed away on February 18, 2020. He was born on April 16, 1965 in Bloomington the son of Wayne and Helen (Phillips) Kellerhals of Gridley.
Thomas graduated from Gridley High School in 1983. He later worked for the Laborers International Union of North America Local # 362 out of Bloomington. He enjoyed fishing.
He is survived by 10 siblings: Gloria Jenkins of Gridley, Mike (Peggy) Kellerhals of Bloomington, Gary Kellerhals of El Paso, Ricky Kellerhals of Gridley, Zeva (Don) Vance of IN, Cheryl Christopher of TX, Vada Kellerhals of Gridley, Sharon (Greg) Shoemaker of MO, Charleen (Leonard) Defenbaugh of Gridley, Timothy Kellerhals of SD and numerous nieces and nephews.
He was proceeded in death by his maternal and paternal grandparents and his parents.
Cremation rites have been entrusted to Ruestman-Harris Funeral Home in El Paso. Inurnment will take place at Gridley Cemetery at a later date. Online tributes and condolences may be made at ruestmanharrisfuneralhome.com. In Lieu of flowers Memorial Contributions may be directed to OSF Children's Hospital or to Transitions Hospice.

To send flowers to the family or plant a tree in memory of Thomas Kellerhals, please visit our floral store.

To send flowers to the family in memory of Thomas Kellerhals, please visit our flower store.