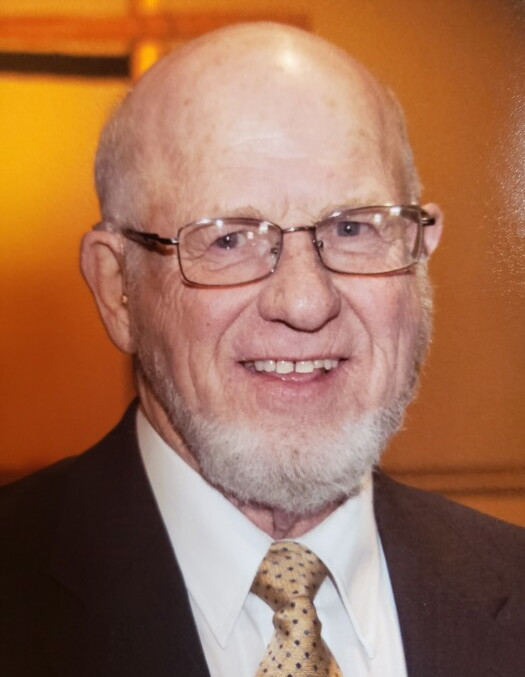 Ronald Ray Downen, 75, of Garden Grove, Iowa, formerly of Gridley, Illinois, was welcomed into Heaven at 1:46 PM Monday, May 30, 2022, after suffering a heart attack. Ron had been to a family reunion the previous day to celebrate the 99th birthday of his mother, June Downen Freed. He enjoyed visiting with his mother, siblings, children, grandchildren, nieces, nephews, and many friends. Observing Memorial Day in Gridley, Illinois was an annual trip that Ron had only missed once in fifty-four years. Ron was a Patriot to the core and took every opportunity to honor servicemen and women of our Armed Forces. Volunteering at the VA Hospital in Des Moines was a joy for that he did weekly for 10 years. He served many veterans each week and made lasting friendships with other volunteers.

Ron was born July 16, 1946, in Bloomington, Illinois. He was the fourth of six children born to Neal and June (Toole) Downen. Ron was raised on a farm north of Gridley, Illinois. He graduated from Gridley High School. Ron served in the United States Air Force, stationed in Newfoundland, working as a tele-type operator. He also served in the Illinois National Guard, where he taught cross-country skiing to the troops after learning this skill himself just one week prior.

Ron was united in marriage to Janice Witzig, his high school sweetheart, on January 13, 1968. The couple eloped to Springfield, Illinois and were married by Reverend Luck. The couple settled into married life in Bloomington, Illinois, where Ron was working in automobile sales at the Volkswagon dealership. Janice was finishing nursing school in Peoria.

Ron, Janice and daughters, Stephanie and Heidi, moved to Garden Grove, Iowa in 1975. Ron continued to sell cars full time. Ron and Janice welcomed three more children to their family during the next nine years. They experienced a house fire in 1988 and moved into their dream home the fall of 1988. In 1992, Ron opened Car Services in Humeston, Iowa. He operated his own business of vehicle sales and service until 2008. Ron officially retired in 2008, but retirement did not suit him. He continued to service vehicles for friends and neighbors on an as needed basis, until his death. Ron enjoyed farming as a hobby. He enjoyed raising cattle, many of which were his children’s 4-H projects. Ron enjoyed having horses, dogs, goats, and one donkey named Louie that he got from his friend, Linda Horton.

Ron had a passion for missions, making nine trips to Mexico. He took vacations to work on the building of an orphanage in Guadalupe, Mexico. He was an active member of the Cornerstone Community Church in Chariton, Iowa. He enjoyed sharing his faith, encouraging others in their daily Christian life, sharing his own struggles while mentoring other members.

The most important relationships for Ron were his relationship with Jesus and with family and friends. Ron and Janice enjoyed spending time with their children and grandchildren at ballgames, visiting or sharing a meal. Ron and Janice had many happy times with the Jacobs family, who they “borrowed”, as Ron would say, when their own grandchildren grew up and moved away. He loved being a Grandpa! Ron was a fantastic storyteller who loved to joke with people. He also enjoyed fishing and hunting.

Memorial Services will be held at 2 pm on Tuesday, June 7, 2022 at the Apostolic Christian Church Fellowship Hall in Gridley, IL., with a meal to follow. Visitation will be held from 1-2pm prior to the service. Memorial services were also held at the Cornerstone Community Church in Chariton, IA on Saturday, June 4, 2022. Memorials may be made to the family to distribute to Ron’s favorite charities.

To send flowers to the family or plant a tree in memory of Ronald Ray Downen, please visit our floral store.

To send flowers to the family in memory of Ronald Downen, please visit our flower store.