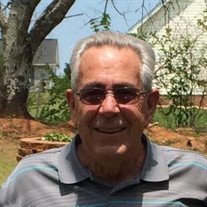 He was born on June 13, 1945 in Peoria, the son of Robert Lee and Margaret Rose Hankins White. He married Patricia A. Cocagne on April 3, 1965. She survives.

Bob graduated from Palmyra Northwestern High School and served with the United States Army in Viet Nam as a radio repairman. He retired from SMF Inc., Minonk where he served as the Operations Manager and President for 25 years. He was active in the VFW and various community activities and projects.

His love of life was shared with his wife, children, grandchildren, friends and everyone who knew him.

His funeral services will be at 11:00 a.m. on Wednesday, May 20, 2015 at Ruestman Harris Funeral Home, Minonk with military honors conducted. . Franciscan Friars will officiate. Visitation will be from 4 to 8 on Tuesday, May 19, 2015 at the funeral home. Cremation rites will be accorded following services and inurnment will be in Minonk Twp. Cemetery.

Memorials may be directed to the Bob White Memorial Fund for various organizations at Minonk Community Bank, 137 W. Fifth St., Minonk, IL 61760. Online tributes and condolences may be sent to his family at www.ruestmanharrisfuneralhome.com.


To send flowers to the family or plant a tree in memory of Robert White, please visit our floral store.

Please click here to view the video tribute
To send flowers to the family in memory of Robert White, please visit our flower store.