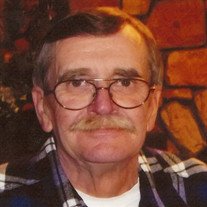 He was born May 8, 1951 in Streator, IL to Orvel and Gertrude (Fetzer) Thorp. He married Anna Dose on October 26, 1974 in Streator. Years later they divorced.

Robert was a Vietnam War Army veteran. He was a member of the Rutland American Legion Post #1121. He previously worked for Spring Green, Hennepin Steel and Asplundh Tree Service before being on disability for the last several years.

A memorial service will be held at 11 a.m., Saturday, October 1, 2016 at Ruestman-Harris Funeral Home in Minonk, IL. Visitation will be two hours prior to services from 9 to 11 a.m., Saturday at the funeral home. Cremation has been accorded. Burial of his cremains will be in Dana Cemetery.

Memorials may be made to his family.

Online tributes and condolences may be made at http://www.ruestmanharrisfuneralhome.com./


To send flowers to the family or plant a tree in memory of Robert Allen Thorp, please visit our floral store.

Please click here to view the video tribute
To send flowers to the family in memory of Robert Thorp, please visit our flower store.