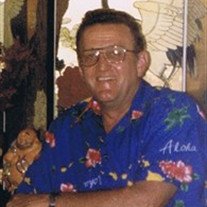 
He was preceded in death by his parents, one son, George
Beckenholdt; one sister.


Robert worked as an inspector at Caterpillar for over 30 years.


He was of the Baptist Faith.


Robert proudly served his country in the United States Navy from
1956-1960.


Funeral services will be held at 1:00p.m. on Saturday, March 1,
2014 at Argo-Ruestman-Harris Funeral Home in Eureka. Pastor Ronald
Thacker will officiate. Visitation will be held on Saturday, March
1, 2014 from 11-1p.m. at Argo-Ruestman-Harris Funeral Home in
Eureka. Military rites will be accorded after the funeral
services at the funeral home. Cremation will be accorded following
the services.


Memorial contributions may be made to the family. Online
condolences may be sent to the family at
www.ruestmanharrisfuneralhome.com.

To send flowers to the family or plant a tree in memory of Robert Brubaker, please visit our floral store.

To send flowers to the family in memory of Robert Brubaker, please visit our flower store.