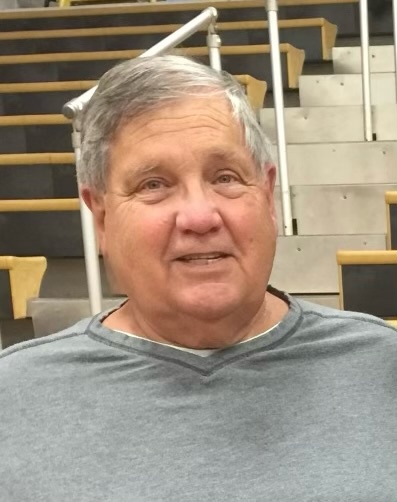 Robert V. Hageman, Jr of Normal died on August 6, 2022. He was born on January 13, 1945 the son of Robert V. Hageman and A. Adeline Hageman. He lived in the west end of Danville, Il in Vermilion Heights. He was a “Heights Kid”. Bob graduated from Danville HS and attended Illinois Wesleyan and later attended Illinois State. At IWU he was a proud member of The Fraternity of Phi Gamma Delta. At Illinois State he became friends with the friends of his brother. He retained many friends from both schools throughout his lifetime. Late in college he met and married Linda Ensign.

During the Vietnam war Bob was drafted. He was assigned to the Recon Platoon of the 101st Airborne Division. He walked point and later was a squad leader before being wounded. Bob won 3 bronze stars for heroism, a Purple Heart, 2 air medals among others.

Upon returning from RVN, Bob began a long career in education all at El Paso. He taught and coached several different things. The last 20 years he was the Director of Athletics for the school district. He retired in May 2003.

Bob enjoyed fishing at his family property in Minnesota. When younger he enjoyed playing fast pitch softball both in Danville and El Paso. He was interested in family history and wrote a history of his family.

Bob is survived by his wife Linda and daughter Ashley Brown. There are six grandkids- Luke, Jake, Holly and Mallory Hageman. And Addy and Leyton Brown. He is also survived by a brother, Dan (Donna) of Catlin, Il and several nieces and nephews. Also, his dog Juice. He was preceded in death by his parents and son Justin Hageman.

Per Bob’s wishes he was cremated and there will be no services. Ruestman-Harris Funeral Home in El Paso is handling arrangements for the family.  If you would like to make a donation, please do so to the El Paso, Illinois Library where Bob served on the board for many years. Online condolences may be sent to the family at www.ruestmanharrisfuneralhome.com.

To send flowers to the family in memory of Robert "Bob" V. Hageman, Jr., please visit our flower store.