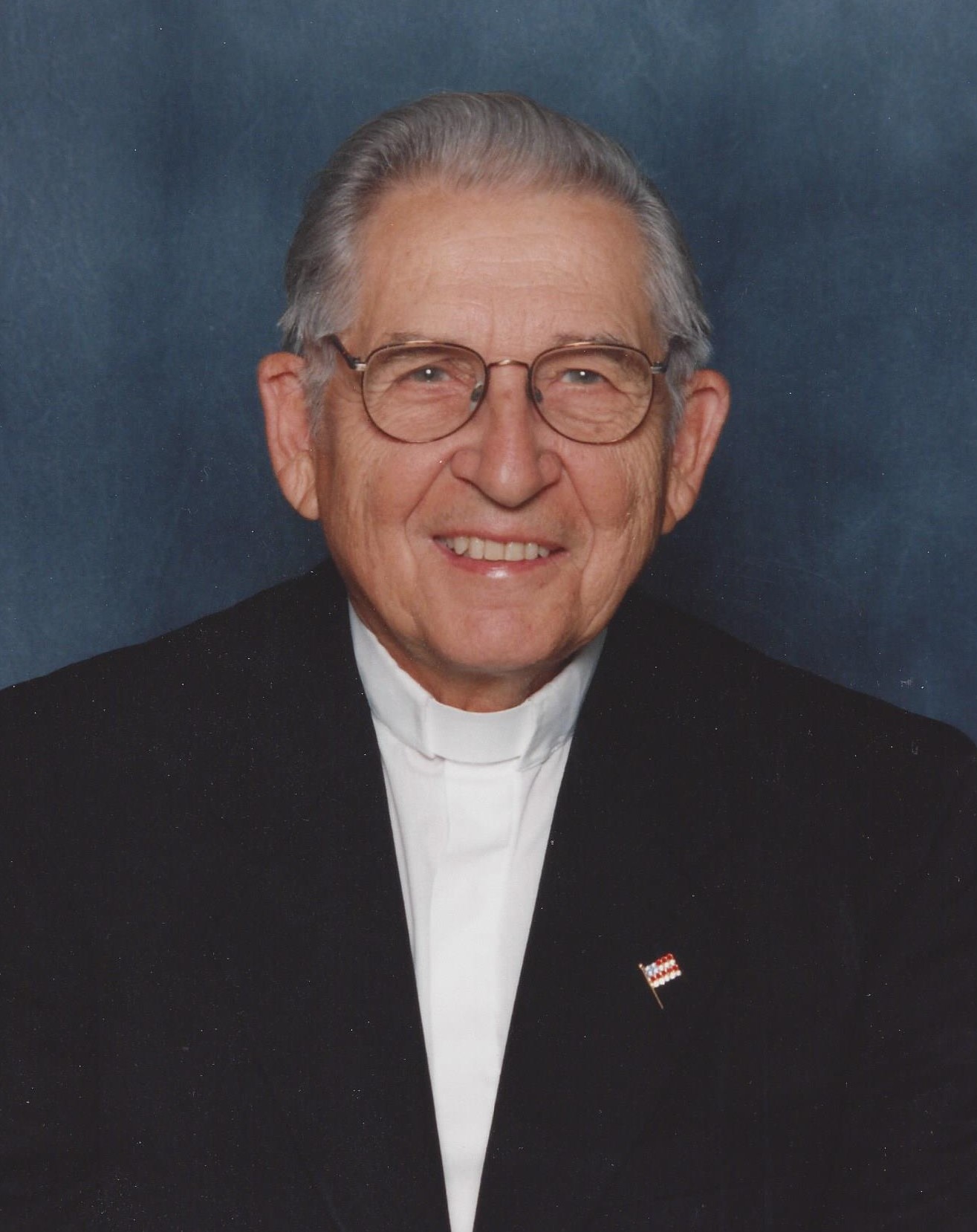 Rev. Marvin Lester Matzke, 97, of Springfield, passed away at 4:00 a.m. on Sunday, July 10, 2022, at HSHS St. John’s Hospital in Springfield, IL.  Marvin was born May 15, 1925, at home in Rapidan Township, Minnesota, the son of Ernest and Paulina Reinke Matzke. He was a graduate of Rapidan High School, class of 1943. After graduation, he attended Concordia Theological Seminary, Springfield, IL from 1943 to 1949, graduating with a BA and Masters of Divinity. He served his Vicarage at St. James Lutheran Church, Quincy, IL from July 1946 to July 1948.

During and after retirement, Marvin enjoyed several hobbies of gardening, bird watching, and traveling. His main interest was restoring antique vehicles and tractors. He loved to fix an old car, truck or a tractor that didn’t run well, if at all. Tinkering with a carburetor or tracing an electrical short was challenging but fun for him. He always enjoyed visiting with family and friends, but he especially enjoyed visiting with grandchildren and great-grandchildren.

His wife Esther preceded him in death on March 23, 2020, as well as daughter-in-law Meg (Dan) Matzke on December 4, 2021 and great grandson Beau on May 22, 2016. Marvin is survived by; sons, Mike (Marsha) Matzke of Springfield and Dan Matzke of Mapleton; daughter, Joyce (Dave) Cress of Fillmore, and son Tim (Stephanie) Matzke of El Paso, twelve grandchildren, and 18 great-grandchildren. He was also preceded in death by his parents; brothers, Arthur and Raymond; sisters Edna Schweim, Nora Cherland, and a baby sister. Marvin was a member of Our Savior’s Lutheran Church in Springfield, IL.

A visitation will be held from 4 - 7 pm at Christ Lutheran Church, Normal, IL on Friday July 15, 2022. The funeral service will be at 10 am on Saturday July 16, at Christ Lutheran Church, Normal, IL with Rev. Jonathan Huehn officiating. Visitation will also be held one hour before the funeral service. Burial will be at Evergreen Cemetery, El Paso. Ruestman-Harris Funeral Home of El Paso is in charge of the arrangements.

Memorial contributions may be directed to: Lutheran Bible Translators, Concordia, MO, or Concordia Lutheran Seminary, Fort Wayne, IN and St. Louis, MO. Online tributes and condolences may be sent to the family at www.ruestmanharrisfuneralhome.com

To send flowers to the family in memory of Rev. Marvin Lester Matzke, please visit our flower store.