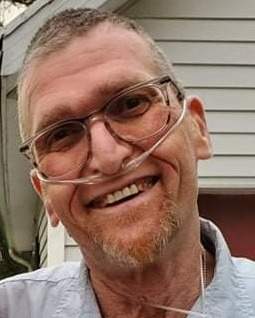 He was born March 19, 1965 in Mattoon, IL.  Paul was placed in foster care at age four.  At age five he was adopted by his parents Fredrick J. and Marilyn (Frobish) Porzelius of Gridley.  Paul felt lucky to be raised in such a loving family.

He was preceded in death by his parents and one sister, Jane Smaga.

A memorial service will be held at 2 p.m., Sunday, September 11, 2022 with visitation one hour prior to services at Ruestman-Harris Funeral Home in El Paso.  His nephew Noah Porzelius will officiate.  Burial of his ashes will be in Waldo Township Cemetery at a later date.

The family wishes to thank all of the physicians and staff of Carle BroMenn that have taken care of Paul over the years.

Memorials may be made to Gift of Hope or the charity of the donor’s choice. Online tributes and condolences may be made at www.ruestmanharrisfuneralhome.com.

To send flowers to the family in memory of Paul "PJ" Porzelius, please visit our flower store.