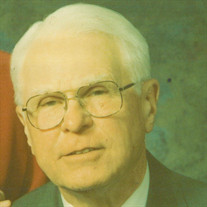 Minonk- Norbert E. Petri, 96 of Minonk died February 23, 2018 at Heritage Health of Minonk.
He was born on July 26, 1921 in Greene Township, the son of Michael A. and Sarah (Hock) Petri. He married Dorothy V. Reeves on January 16, 1950 at St. Mary's Catholic Church in El Paso. She preceded him in death on March 09, 2016.
Norbert is survived by two sons, Michael Petri of Minonk and Kevin Petri of Normal; one sister Mary Ford of Minonk and one brother Virgil (Jeanne) Petri of Snyder Village of Metamora.
He was preceded in death by seven brothers Eugene, Glibert, Marion, Joe, John, Julian, Donald, and one sister Mary Ann Petri.
He served his country during World War II in the Army Air Corp as a tail gunner in B-24 Liberator Bombers for 50 missions over Europe and North Africa. He later became a gunnery instructor in Tucson, Arizona.
Norbert "Nubs" worked for the Goodwin Bros. in Minonk in the auto body shop as a mechanic. He later worked for John Bearce Ford in Washington as an auto salesman for several years until retirement.
A mass of Christian Burial will be held on Wednesday February 28, 2018 at 11:00 am at St. Patrick's Catholic Church on Minonk. A Visitation will be held from 10:30 to 11:00am on Wednesday. Burial will follow at the St. Patrick Cemetery in Minonk. The Franciscan Friars will officiate.
Memorial Contributions may be made out to the American Legion Post # 0142 or to the Knights of Columbus.
Online Tributes and Condolences may be made at ruestmanharrisfuneralhome.com.

To send flowers to the family or plant a tree in memory of Norbert E Petri, please visit our floral store.

To send flowers to the family in memory of Norbert Petri, please visit our flower store.