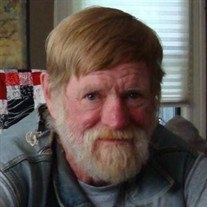 Michael Nolan, 67, of rural El Paso, IL, passed away at 8:50 p.m. on Saturday August 1, 2020 at his residence.
He was born on January 3, 1953 in Streator, IL to William and Marilyn Ede Nolan. He married Dianne Overmyer on March 19, 1977 in Columbus, OH. She survives.
Also surviving are his three children, Rebecca (Keaton) Hays of Saybrook, IL; Michael A. Nolan and Paul Nolan both of El Paso; two grandchildren, Trystan Knoll and Lydia Hays; his mother, Marilyn Nolan of Hopedale; two sisters, Sharon (Loren) Gerdes of Bloomington; Peg Nolan of Elgin, IL; one brother, Msgr. Timothy Nolan of Delavan; and many nieces and nephews.
He was preceded in death by his father, William and one brother, Jerry.
An Army veteran, Michael served his country during the Vietnam Era.
He was a 1971 graduate of Wenona High School and received his bachelor's degree from Illinois State University in 1979.
Michael worked for IDOT for many years before retiring and prior to that was a trucker working various jobs and running his own trucking company. He was known to all his friends as "Trucker Mike".
He was a founding member and past president of the Iron Riders Chapter of ABATE. Michael loved to ride his Harley Davidson and put on many miles just enjoying the countryside and several trips to Sturgis.
Cremation rites will be accorded and there will be private family services held at a later date. Ruestman-Harris Funeral Home in El Paso is assisting the family with arrangements.
Memorial contributions may be made to the American Lung Association. Online condolences and tributes may be sent to the family at ruestmanharris.com.

To send flowers to the family or plant a tree in memory of Michael Nolan, please visit our floral store.

To send flowers to the family in memory of Michael Nolan, please visit our flower store.