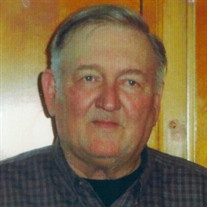 Also surviving are his daughter Lisa (Robert) McHale of Chicago; son Brian Carls of Minonk; one brother Ronald (Connie) Carls of Flanagan; and one grandson Mason Carls of Washington, IL.

Leslie owned and operated Leslie Carls Trucking Company in Minonk retiring in 2018. He took over the company from his father and has made it his passion ever since. Leslie lived and breathed trucking.

A private graveside service will be held at St. Petri Lutheran Cemetery in Flanagan. Pastor Amy Berger will officiate. Ruestman-Harris Funeral Home in Minonk is assisting the family with arrangements.

Memorials may be made to the charity of the donor's choice.

To send flowers to the family or plant a tree in memory of Leslie R. Carls, please visit our floral store.

To send flowers to the family in memory of Leslie Carls, please visit our flower store.