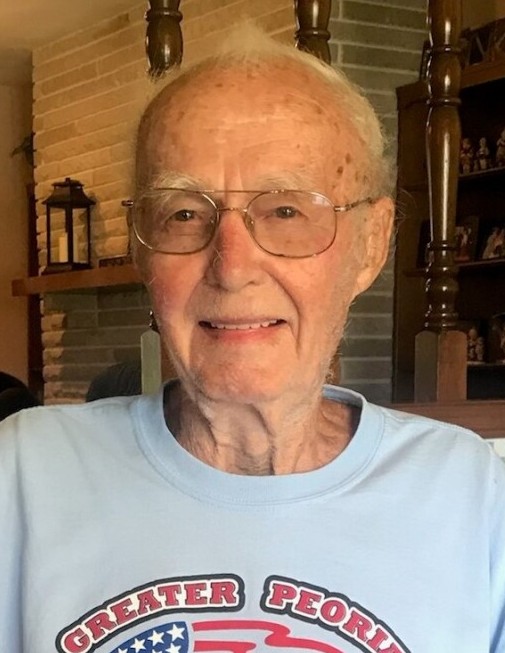 He was born in Woodford County, IL a son of Roy and Alta Holt Pinkham.

Survivors include one brother, Rex Pinkham of El Paso, IL; one sister, Janet Armstrong of Minonk; several nieces and nephews.

LeRoy was employed as a plumber and L.P. gas serviceman in El Paso and a Fire and explosion suppression technician in Peoria.

He served in the U.S. 8th Air Force from 1943-1946 as a gunner on a B-17 flying fortress. He was awarded the air medal for flying combat missions over Europe during WWII.

Graveside services will be held at 11:00 a.m. on Saturday, May 29, 2021 at Evergreen Cemetery in El Paso where military honors will be accorded at the grave. Pastor Josh Gates will officiate. Cremation will be accorded. Ruestman-Harris Funeral Home in El Paso is handling arrangements for the family.

Memorial contributions may be made to El Paso V.F.W. Post #6026. Online condolences may be sent to the family at www.ruestmanharrisfuneralhome.com

To send flowers to the family or plant a tree in memory of LeRoy Holt Pinkham, please visit our floral store.

To send flowers to the family in memory of LeRoy Pinkham, please visit our flower store.