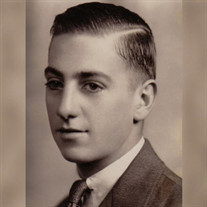 Lawrence Gilmore, 98, passed away at his Missouri farm on Sunday, December 13.
He was born on May 27, 1922, the middle son of Edith (Fry) and Clarence Gilmore on their farm in West Township. He attended a one room school before going to high school in LeRoy and then Gridley where he met Maud Heiple. They were married on November 17, 1946 in Gridley and began farming the following year in Roberts. They soon moved back to Gridley where they farmed a portion of the Davis land for many years. Lawrence purchased acreage in Gridley township in 1971, finally able to work his own land. After Maud's death he lost interest in farming the land they had worked together, found a farm in southeast Missouri and raised cattle. He later returned to Gridley, purchasing the Gridley Locker, which he operated for many years.
Lawrence enjoyed helping others, caring for his cattle and was a hard worker. His goal was to accomplish something every day as well as learn something every day. One day in his 80s, he walked into a store and purchased a laptop. Even though he had never used a computer before, he was soon searching the internet for farm and weather reports.
Lawrence was preceded in death by his wife, his parents, and his two brothers, Lyle and Don. He is survived by his children, Larry (Steph) Gilmore, Caledonia, Missouri, Dianne (Jeff) Feasley, Hudson, and Janet (Tom) Calcagno, Rochester, Minnesota. He also leaves his grandchildren: Nancy (John) Barrett, Brian (Kristi) Gilmore, Matt (Caroline) Feasley, Laura (Shane) Garrett, Alexandra (DeAngelo) Seay, Sam Calcagno, Brandi (Scott) Crites, Jack Gilmore and Nikki McSpadden; and eleven great grandchildren. We all miss him dearly.
The family wishes to thank Lawrence's caregivers especially his daughter-in-law, Steph, for the care he received.
There will be a private family graveside service at Gridley Cemetery. Ruestman-Harris Funeral Home in El Paso is in charge of arrangements.
Memorials may be made to McLean County Extension Service Foundation in support of McLean County 4-H.

To send flowers to the family or plant a tree in memory of Lawrence Gilmore, please visit our floral store.

To send flowers to the family in memory of Lawrence Gilmore, please visit our flower store.