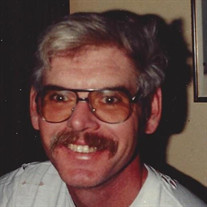 A memorial service will be held at 11 a.m. on Monday, March 13, 2017 at St. Paul's United Church of Christ in Minonk with Pastor Ed Sinclair officiating. Cremation rites have been accorded. Ruestman-Harris Funeral Home in Minonk is assisting the family with arrangements.

Memorials may be given to the American Heart Association or a charity of the Donor's choice.

He is preceded in death by his father, Robert Welch, and a brother, Joe Welch.

John was a member of the NRA and was in the drywall business, where he always appreciated his customers. His favorite pastime was farming and he was an avid train enthusiast. He had a great sense of humor and had an infectious laugh. He was a loving son, father, brother and friend and will be dearly missed.

Online condolences and memories of John may be left for his family at ruestmanharrisfuneralhome.com.

To send flowers to the family or plant a tree in memory of John R. Welch, please visit our floral store.

To send flowers to the family in memory of John Welch, please visit our flower store.