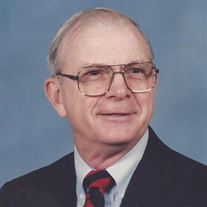 Gridley-John Redmore Sutton, 84, a lifetime resident of rural Gridley, passed away at 9:56 am on Thursday, April 27, 2017 at Advocate BroMenn Medical Center after a short battle with cancer.

He was preceded in death by his parents, his sister, Marcia; and his wife.

After college and serving in the Army, John farmed until the age of 72. He was faithful and devoted to his family, friends, and the Fighting Illini. He was a member of the University of Illinois Alumni Club and served on many boards including the El Paso school board where he held office as president. John was also a 50 year member of the Masonic Lodge where he served as grand commander of the Knights Temple. In 2016 he was selected as Senior Citizen of the Year at the El Paso Corn Festival. He volunteered at the local food pantry and served as a tutor for the El Paso-Gridley school system.

He loved to golf and was a loyal Illini supporter for 67 years. He was a lifelong Cubs fan and so happy they won the World Series. In his retirement, happy hour was always a joyful time. He never met a stranger...and all benefitted from his great sense of humor.

Of all the titles "Dad" held, his most precious were Grandpa, Gramps, Fat Guy, Curly, and Old Fart given to him by his grandchildren, Laura, Michael, David, Staci, Kristen, Elizabeth, Abby, Jackie, and Madeline.

Although the void in our lives is huge, his legacy will forever make us proud.

Funeral services will be held at 10:30 am on Monday, May 1, 2017 at the Ruestman-Harris Funeral Home in El Paso. Rev. Amy Perschall and Paul Kirker will officiate. Visitation will be held on Sunday from 3-7 pm at the funeral home with Masonic Rites. Burial with military honors will be in Evergreen Cemetery in El Paso.

Memorials may be directed to the Good Shepherd Community Church in El Paso or Shriners Children's Hospital 2211 N. Oak Park Ave. Chicago, IL 60707. Online condolences may be left at www.ruestmanharrisfuneralhome.com.


To send flowers to the family or plant a tree in memory of John Redmore Sutton, please visit our floral store.

Please click here to view the video tribute
To send flowers to the family in memory of John Sutton, please visit our flower store.