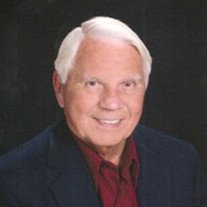 He was preceded in death by his parents, one sister, Betty
Ehresman; and one granddaughter.

John was an employee of Caterpillar, Inc. retiring in
1989.  He had served his country as a staff sergeant with the
United States Air Force during the Korean War.

He was part of the Grace Presbyterian Church family in
Peoria.

Memorial contributions may be made to the Roanoke Apostolic
Christian Home. Online condolences may be sent to the family at
knappjohnsonharris.com.

To send flowers to the family or plant a tree in memory of John Henry Diggle, please visit our floral store.

To send flowers to the family in memory of John Diggle, please visit our flower store.