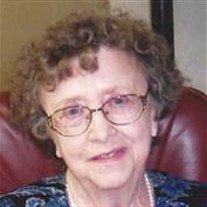 Funeral Service will be at 11 AM on Wednesday October 22, 2014 at Ruestman-Harris Funeral Home in Minonk with Mary Hartzler to officiate. Visitation will be Tuesday October 21, 2014 from 5-7 PM at the funeral home. Interment will be in Minonk Township Cemetery.
Jean was born in Minonk on June 30, 1929, a daughter of the late Van and Birdie Downs Nunn. She married John E. Cunningham in Minonk on July 30, 1955 and he preceded her in death in 2007.

Jean was a long time member of the Minonk Presbyterian Church. She was also an avid St. Louis Cardinal fan. Over the years she was proud to be involved in school activities for her children and grandchildren. She was a devoted wife, mother, grandmother, and great-grandmother.

Memorials may be made to the family.


To send flowers to the family or plant a tree in memory of Jean A. Cunningham, please visit our floral store.

Please click here to view the video tribute
To send flowers to the family in memory of Jean Cunningham, please visit our flower store.