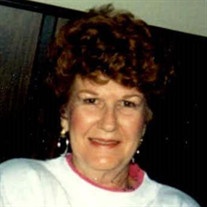 She was preceded in death by her parents; two children, Kimberly Harms and Kelly Andrews; four siblings, Virginia, Roy, Verna, Larry; and one grandson, Jason Sell.

Penny was a beautician for more than 47 years. She owned and operated her own salon "Penny's Beauty Shop" out of Minonk for several years. She later worked out of several salons in Chicago for 45 years. She was a member of Junior 20th Century Club in Minonk and she enjoyed baking and doing crafts.

Cremation will be accorded. Ruestman-Harris Funeral Home in Minonk is assisting the family with final arrangements.

Memorials may be made to the charity of the donor's Choice.

To send flowers to the family or plant a tree in memory of Janice "Penny" Parolek, please visit our floral store.

To send flowers to the family in memory of Janice Parolek, please visit our flower store.