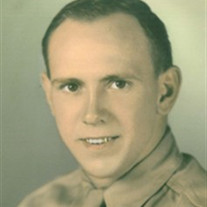 Graveside services with Military rites will be held Saturday
September 21st at the Hopewell Cemetery in Downs,
Illinois.  Kibler-Brady-Ruestman Memorial Home in Bloomington
will be assisting the family with arrangements.

He was preceded in death by his parents, Joseph Lester and Norma
Reed Dawson.

Ralph attended high school at Weldon, Illinois. He maintained an
"A" average, took extra classes, and graduated in three years, one
year early. He was Valedictorian of his graduating class.

He participated in baseball, basketball, and track. He won
trophies in a long distance track event. He was awarded a
scholarship to ISU, but decided to continue his painting and repair
contracting work in Clinton, IL that he began while in High
school.

In June 1942 he married Velma Sisco, and they were married for
34 years. In October 1942 he was inducted into the army where he
served for 9-1/2 years. He was discharged in February 1952 while
assigned to March Air Force Base in Riverside, CA.

In mid 1955, he moved his family back to Riverside, CA., and
obtained his State Contractors License. He engaged in work for FHA,
VA, USPS, financial institutions, and private customers in the
repair & restoration of properties. Ralph and his crew did this
work in California for 25 years.

Ralph remarried in 1983 and relocated to Compton, CA when he
purchased an existing water heater business. With his wife Anita by
his side and a work crew in the shop, they sold, rebuilt,
installed, and maintained water heaters throughout the greater Los
Angeles area. The water heaters ranged in size from small
residential size units, to large 300 gallon commercial units.
He sold the business in 2006 and retired in Bloomington,
Illinois.

Ralph was a hard worker and fully enjoyed his life's work as a
general contractor. He was proud of his family and his service to
his Country. He loved to read, to learn about as much as he could,
and to travel to see as much as he could; especially museums.
He will be greatly missed by those who loved him. We will miss the
stories, and the beautiful whistling that he loved to do.

To send flowers to the family or plant a tree in memory of J. Ralph Dawson, please visit our floral store.

To send flowers to the family in memory of J. Dawson, please visit our flower store.