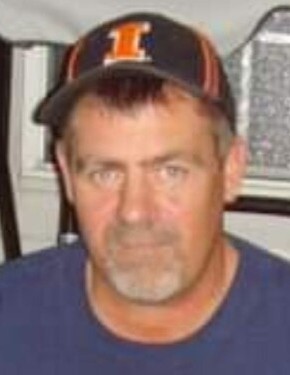 Gregory Allen Spencer 56, of Minonk, passed away on Friday March 18, 2022 at his residence. He was born on June 27, 1965 in Pontiac the son of William and Ruth (Schumacher) Spencer. Gregory married Shirley Jo VanDee on March 12, 1990 in Eureka. She survives.

He graduated from Minonk Dana Rutland High School Class of 1983. After graduation he proudly served his country in the U.S. Army 82nd Airborne. Later Gregory worked as a Correctional Officer at the Pontiac Correctional Center retiring in 2016. He was an avid sports fan and especially enjoyed watching the Chicago Cubs, Bears and Fighting Illini. Gregory spent countless hours cheering on his children during their sporting events. Most of all he enjoyed spending time with his grandkids.

He was preceded in death by his parents and grandparents.

A visitation will be held on Sunday March 27, 2022 from 12pm to 3pm at Ruestman-Harris Funeral Home in Minonk. This celebration is a casual event and the family is requesting everyone to wear a shirt or jersey of their favorite sports team. A celebration of life with military honors will begin at 3pm. Cremation rites will follow the services.

Memorial contributions in honor of Gregory may be directed to the Fieldcrest Athletic Department. Online tributes and condolences may be made at www.ruestmanharrisfuneralhome.com.

To send flowers to the family or plant a tree in memory of Gregory Allen Spencer, please visit our floral store.

To send flowers to the family in memory of Gregory Spencer, please visit our flower store.