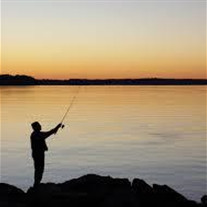 George was preceded in death by his parents, five brothers and one grandson Jacob.

George worked at Caterpillar and was a member of UAW for 34 years, retiring in 1992. He then worked at Eureka College in Food Service for 22 years before recently retiring in 2015.

George was an avid outdoorsman. He enjoyed hunting, fishing, gardening, and woodworking. He also enjoyed spending time with his family.

Funeral services will be held at 12 noon, Friday, April 29, 2016 at Ruestman-Harris Funeral Home in Minonk, IL. Rev. Bryan Burris will officiate. Visitation will be two hours prior to services from 10 a.m. till 12 noon at the funeral home. Cremation will be accorded. His cremains will be laid to rest at a later date in Davidson Cemetery.

Memorials may be made to Easter Seals.Online tributes and condolences may be made at www.ruestmanharrisfuneralhome.com.


To send flowers to the family or plant a tree in memory of George W. Van Meter, please visit our floral store.

To send flowers to the family in memory of George Meter, please visit our flower store.