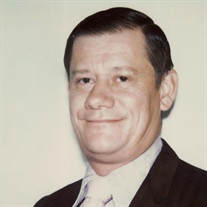 In keeping with his wishes, there will be no visitation or services. In lieu of flowers, memorials may be made to the Rock Island High School Scholarship Fund, El Paso Music Department, or the El Paso Rescue Squad.

Forrest was born on November 13, 1934 in Decatur, IL a son of Lloyd and Dorothy Weaver Bushert. He was raised in Rock Island, IL and married Joann Nelson on June 5, 1954. She survives.

He was preceded in death by his parents and two sisters, Emily Lou Fues and Eunice Sellers.

At the age of 16, Forrest was hired by F.W. Woolworth Company in Rhode Island. During his employment at F.W.W.C. he held positions in Marion; Indiana; Chicago Proper Northside and Westside; Loves Park; Belvidere; Blue Island; Peoria; Hillside; and Bloomington. As a district manager he directed 13 stores and became the youngest store manager in the Chicago District at the age of 21. After 23 years working there, he purchased the Hornsby store in El Paso and he and his wife Joann opened Bushert's Variety along with some of his family. Pam Keller has worked there for 40 years, Penny Reedy for 2 years, Shawn Bushert for 32 years, Jeff Reedy for 20 years, as well as his grandchildren, Shana, Tristan, Drew, and Will.

Upon the purchase of the Hornsby store, the family has resided in El Paso for 42 years. One of the highlights was meeting George and Barbara Bush when the tour bus stopped in El Paso and Loretta Lynn and Crystal Gale entertained in front of Bushert's.

Ruestman-Harris Funeral Home in El Paso is assisting the family with their arrangements. Tributes and condolences may be made to all family members at www.ruestmanharrisfuneralhome.com.

To send flowers to the family or plant a tree in memory of Forrest D. Bushert, please visit our floral store.

To send flowers to the family in memory of Forrest Bushert, please visit our flower store.