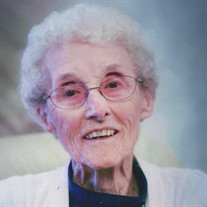 She was also preceded in death by her daughter Margaret and 2 brothers Kenneth and Elmer.

Ferne worked part time for Minonk School District as a substitute in the cafeteria and part time at North Side Grocery. She also worked at Pfister Hybrid and was a seamstress doing alterations for many people.

Funeral Services will be held at 11 a.m., Thursday, April 28, 2016 at Ruestman-Harris Funeral Home in Minonk. Visitation will be one hour prior to services at the funeral home. Burial will be in Minonk Township Cemetery.

Memorials may be made to St. Jude Midwest Affiliate.


To send flowers to the family or plant a tree in memory of Ferne E. Peters, please visit our floral store.

Please click here to view the video tribute
To send flowers to the family in memory of Ferne Peters, please visit our flower store.