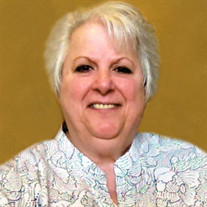 Doris was born on August 9, 1950 in Cincinnati, OH, the daughter of John and Gladys Long. She married David L. Buxton on April 8, 1993 in Bloomington. He preceded her in death on April 28, 2002.
Surviving are her children, Cynthia Hays of Normal, Samantha Barnett of Bloomington and Michael (Daphne) Buxton of Mahomet; stepchildren, Brian Oesch of Mahomet, Chris Oesch of Beardstown, Sherry (Steve) Weston of Apalachin, NY, Garry (Angela) Oesch Jr. of Colfax, and Jesse James Oesch of Bloomington. Doris is also survived by nine grandchildren, one great grandchild; a brother, John (Joyce) Long of Albuquerque, NM and three sisters, Barbara (Mike) Rustemeyer of Bloomington, Alice (Dennis) Griffin of Bloomington, and Pearl Riblet of Lincoln.

Doris and Dave owned and operated D&D Video Enterprises in El Paso. She later was employed as a Unit 5 school bus driver for eleven years. Doris especially enjoyed the children on her bus. She was passionate about playing Bingo at the Loyal Order of Moose in Bloomington. Doris also loved to play cards and she was known for her collection of angels.

Doris was a loving mother, grandmother, sister, and friend. She will be greatly missed.

Her family would like to thank all of the special friends and caregivers that cared for Doris over the last few years.


To send flowers to the family or plant a tree in memory of Doris J. Buxton, please visit our floral store.

Please click here to view the video tribute
To send flowers to the family in memory of Doris Buxton, please visit our flower store.