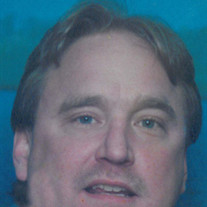 Interment will be in Park Hill
Cemetery in Bloomington. Memorials may be made to his children's
education scholarship fund, Salvation Army or McLean County 4H
Foundation.

He was preceded in death by his
mother, Roberta L Ropp.

David was a 1982 graduate of Normal
Community High School in Normal.  In high school he was a
multi-sport athlete lettering in football and wrestling; and was
recognized as an All-Conference Defensive-End on the football
team.  He was a 10 year member of the Silverleaf  Let's
Go 4-H Club, a member of the Illinois Junior Jersey Cattle Club and
the First Baptist Church in Bloomington.  In 1980 he showed
the grand champion Jersey cow at the Illinois State Fair which
became the Supreme Grand Champion Over All!

He loved his children with all of
his heart, was a long time motorcycle enthusiast and a Bears
fan.

Online condolences may be made to
his family at kiblerbradyruestman.com

To send flowers to the family or plant a tree in memory of David L. Ropp, please visit our floral store.

To send flowers to the family in memory of David Ropp, please visit our flower store.