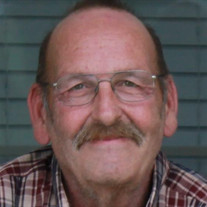 David was an Army veteran serving during the Vietnam War. He worked at several local autobody shops as an autobody repairman last working and retiring from Fender Menders in Olgelsby. He enjoyed taking road trips with his wife on his Goldwing motorcycle and spending time with his family camping and fishing.

A memorial service will be held at 2 p.m., Sunday, October 29, 2017 at Ruestman-Harris Funeral Home in Minonk. Pastor Ed Sinclair will officiate. Visitation will be one hour prior to services at the funeral home. Cremation will be accorded.


To send flowers to the family or plant a tree in memory of David A. Cremer, please visit our floral store.

Please click here to view the video tribute
To send flowers to the family in memory of David Cremer, please visit our flower store.