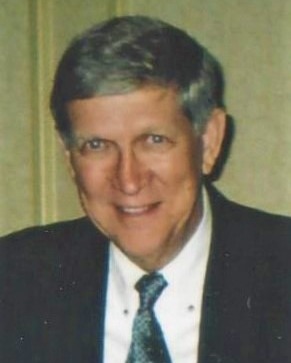 He was united in marriage to Mary (Patton) Williams on June 9, 1963, and was blessed with 59 years of marriage, two children and four grandchildren.

He graduated from El Paso High School and Lincoln College.  He continued his education at Illinois State University where he earned a Bachelor of Science degree in Industrial Technology.

Chuck started his career teaching and coaching football, basketball and baseball but spent over 50 years farming.  He also worked at McLean County Farm Service Agency where he treasured the friendship of countless McLean County farmers.

He was an accomplished athlete with a passion for many sports as a player, coach and fan.  Chuck was also a skilled woodworker and enjoyed carving birds and collecting and restoring antiques.  He was happy to lend a helping hand to anyone who needed it.

He served on the El Paso School Board, and the McLean County Farm Service Board.  He was a member of the United Methodist Church of El Paso and was inducted into the Illinois Basketball Coaches Association Hall of Fame.

He is survived by his wife Mary; his children Todd (Rachel) Williams of Phoenix, AZ, Amy (John) Abendroth of Chicago, IL; grandchildren Ryan and Nathan Williams and Sophie and Chloe Abendroth. He is also survived by brothers, Tommy (Ada), Jim (Bety) and Gerry (Sharon), and many nieces and nephews.

He was preceded in death by his parents, one sister and six brothers.

Chuck's pride and joy were his family.  He loved spending time with his children and grandchildren.  He will be greatly missed, loved and remembered.

In lieu of flowers, memorial contributions may be made to the National Audubon Society.

Cards and online condolences may be sent to Ruestman-Harris Funeral Home in El Paso (www.ruestmanharrisfuneralhome.com).

To send flowers to the family in memory of Charles "Chuck" L. Williams, please visit our flower store.