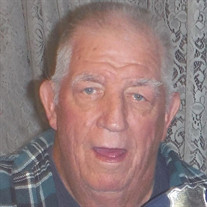 He was born March 7, 1937 in Charleston, WV to Charley W. and Hazel M. (Holley) Vance. He married Rhoda Carol Lipscomb on January 23, 1957 in Charleston, WV. They have been married for 59 years and six months. She survives.

Cecil graduated from Charleston High School in 1956. He worked for Owens Glass Works in Charleston, WV from 1956 to 1963 before being transferred to Owens Glass in Streator, IL. He worked in the Streator facility from 1963 until his retirement in September of 1994. Cecil served as Mayor of Dana, IL for 6 years and Fire Chief of Dana, IL for 25 years before he retired.

Cecil was an outdoorsman who enjoyed hunting, fishing and boating. His true love, however, was his family. He cherished the time he spent with his children, grandchildren and great grandchildren. He will be forever loved and in the hearts of all those who knew him.

A funeral service will be held at 11 a.m., Thursday, July 21, 2016 at Ruestman-Harris Funeral Home in Minonk, IL. Pastor Scott Fulkerson will officiate. Visitation will be from 5 to 7 p.m., Wednesday at the funeral home. Burial will be in Dana Cemetery.

Memorials may be made to the Dana Fire Department or a charity of the donor's choice
Online tributes and condolences may be made at www.ruestmanharrisfuneralhome.com.


To send flowers to the family or plant a tree in memory of Cecil Vance, please visit our floral store.

Please click here to view the video tribute
To send flowers to the family in memory of Cecil Vance, please visit our flower store.