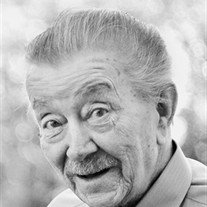 His funeral services will be held
at St. Peter's United Church of Christ in Champaign at 11 a.m.
Wednesday, Feb. 19, with Pastor Laurie Hill officiating.

A visitation will be held from 4 to
7 p.m. Tuesday, Feb. 18, at Owens Funeral Home, Champaign.
Inurnment at Woodlawn Cemetery will be held at a later date.

In lieu of flowers, memorials may
be made to the American Cancer Society and St. Peter's United
Church of Christ.

He was preceded in death by his
parents, two brothers, two sisters and one grandson.

Jim attended Chester County High
School in Henderson, Tenn. On Jan. 19, 1958, he met his wife, Mary,
at the USO of Chanute Air Force Base in Rantoul where he was
stationed after his tour in Japan. He was medically discharged in
1964.

After that he worked as a tailor
beside his father-in-law at Kaufman's in Champaign; he also
tailored for Schumacher's on the University of Illinois campus. Jim
later worked in retail selling men's clothing and shoes.

He enjoyed gardening, history,
classic literature, classic films, westerns and country music. His
favorite actors were John Wayne and Clark Gable. He and his wife
loved ballroom dancing; he moved like Fred Astaire. Jim was known
for his quick wit and off-color sense of humor. He will be greatly
missed.

Arrangements have been entrusted to
Kibler-Brady-Ruestman Memorial Home in Bloomington with local
services being handled by Owens Funeral Home in Champaign.

Online condolences may be made to
the family at kiblerbradyruestman.com.

To send flowers to the family or plant a tree in memory of Billie J. "Jim" Matthis, please visit our floral store.

To send flowers to the family in memory of Billie Matthis, please visit our flower store.