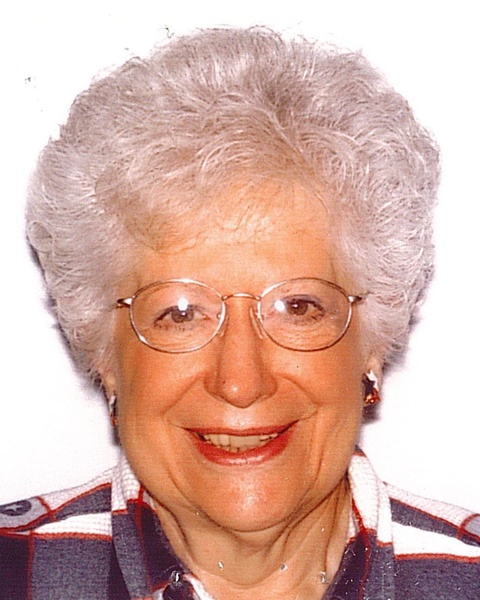 Anna L. Daugherty, 87,  of Gridley passed away at 11:41 a.m. on Thursday, September 15, 2022 at OSF St. Joseph Medical Center in Bloomington.
She was born on November 10, 1934 in Gridley, IL a daughter of George and Ella Stevig Witzig. She married Willis “Butch” Gramm on June 14, 1953 in Gridley, IL. He passed away on April 5, 1978. Later she married Ronald Daugherty on February 7, 1988 in Bloomington, IL. He passed away on February 6, 2022.
Survivors include son, Curt (Susan) Gramm of Gridley; Roger (Darleta) Gramm of Lexington; daughter, Mindy (Larry) McDowell of Bloomington; son, Craig (Janet) Gramm of Prospect, TN; step-son, Nate (Holly) Daugherty; three sisters, Betty (Rich) Stuckey of Lombard; Kay Hock of Minonk; Judy Witzig of Bloomington; 13 grandchildren; 12 great grandchildren;  two step grandsons.
She was preceded in death by her parents; one brother, Raymond Witzig; and one daughter, Gail Karnes.
Anna was a homemaker and business woman.
She attended Victory Church in Bloomington.
Memorial services  will be held at 3:00 p.m. on Sunday, September 18, 2022 at Ruestman-Harris Funeral Home in El Paso. Pastor Ed Herald will officiate. Visitation will be held from 1:30-3:00 p.m. on Sunday at the funeral home prior to services. Graveside services will be held at 4:45 p.m. on Sunday, September 18, 2022 at Gridley Cemetery. Ruestman-Harris Funeral Home in El Paso is handling for the family.
Memorial contributions may be made LifePoints in Morton. Online condolences may be sent to the family at www.ruestmanharrisfuneralhome.com.

To send flowers to the family in memory of Anna Daugherty, please visit our flower store.