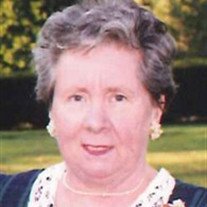 
She was preceded in death by her parents.


Sally worked as the deli manager at the Eureka IGA for over 25
years.  She had also worked at the Eureka Locker for several
years and volunteered at the Et Cetera Shop.


She was a member of Living Faith Fellowship in Eureka and had
attended Roanoke Mennonite Church for many years.


Funeral services will be held at 10:00 am on Tuesday, August 20,
2013 at the Knapp-Johnson-Harris Funeral Home in
Roanoke. Alice Kennell and Brett Woerner will officiate.
Visitation will be held from 5-7 pm on Monday evening at the
funeral home. Burial will be in the Roanoke Mennonite Cemetery.


In lieu of flowers, memorial contributions may be made to the
American Heart Association or the Diabetes Association.
Online condolences may be sent to the family at
knappjohnsonharris.com.

To send flowers to the family or plant a tree in memory of Sally A. Kuebler, please visit our floral store.

To send flowers to the family in memory of Sally Kuebler, please visit our flower store.