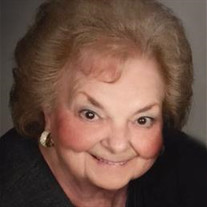 She was preceded in death by her parents, one son, Brett; and one sister, Juanita.

Rosie worked as a part time cook at the Pontiac Esmen School. She belonged to the Chief City Square Dance Club and was a co-chairman of the Pontiac Blue Grass Festival. One of Rosie's favorite things to do was to spend time with her family and friends playing cards. It didn't matter what game was being played, just seeing everyone having fun brought joy to her heart.

She was a member of the First Baptist Church in Pontiac where funeral services will be held at 7:00 pm on Friday, July 21, 2017. Rev. Dr. James Wolfe will officiate. Visitation will be held from 5-7 pm at the church before the service. A committal service will be held at 11:00 am on Saturday, July 22, 2017 at Elm Lawn Cemetery in Litchfield, IL. Ruestman-Harris Funeral Home in Minonk is assisting the family with arrangements.

Memorial contributions may be directed to the First Baptist Church in Pontiac, IL. Online condolences may be sent to www.ruestmanharrisfuneralhome.com.


To send flowers to the family or plant a tree in memory of Rose "Rosie" Ellen Hurd, please visit our floral store.

Please click here to view the video tribute
To send flowers to the family in memory of Rose Hurd, please visit our flower store.