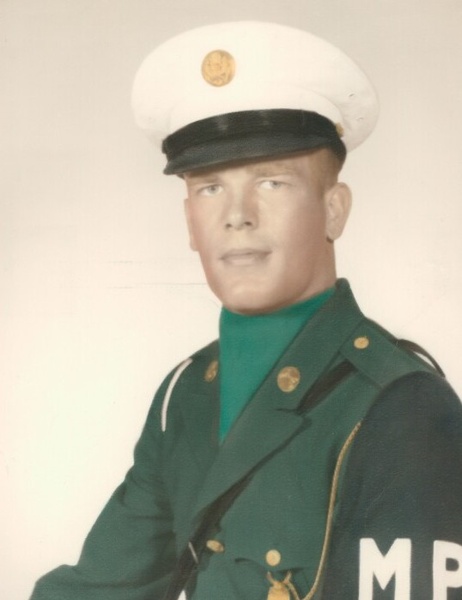 Ronald Charles “Chuck” Cusac, 79, passed away on Thursday, September 16, 2021. He died at his home in Rutland surrounded by family. He was a father and grandfather who was always present and taught his kids to live a life of principle. He was a tough ‘ol boy with a fierce Vietnam vet demeanor; yet, the people that knew him best saw past the rough exterior and witnessed a man with compassion for the less-fortunate and willing to put others’ needs above his own. He was a true example of a hard-working man, who loved his family deeply and sacrificed much while providing for them. In his final conversations with his children, he asked if he could do anything for them and spoke of the importance of being ready to meet the Lord. Chuck was a loyal and dedicated husband. He was married to MariLou (Elias) Cusac in 1971. He was quick to remind everyone that she was the greatest thing that ever happened to him and that when he met her, he didn’t even know how much he needed her. She preceded him in death in September 2015.

Chuck spent the days of his youth as a successful athlete, excelling in all sports. His children often heard reports of him being a “fast, mean, and ornery competitor.” He made up for his lack of size with his passion and love of the game. Soon after graduating from MDR High School in 1960, Chuck was invited to try out for the Milwaukee Braves. Later in life, he spent many years coaching in the Minonk area and could always be heard cheering from the top of the stands. Some of his kids’ and grandkids’ fondest memories are of Grampe yelling, “Rock n’ fire, Sis!” or “Hang a rope out there!” or the fundamental favorite, “Just keep your eye on the ball, Bub.”

Chuck joined the United States Army in 1964, serving his country with honor during the Vietnam War. Upon returning home from the service, he was hired by Caterpillar as a welder and worked there until his retirement in 1998. He was a member of the VFW, the Rutland American Legion, and Central Church of Christ in Streator, IL.

Chuck was preceded in death by his parents, Ray Sr. and Mary (Stimac) Cusac, his in-laws, Louis and Marian (Broad) Elias and eight siblings: Sherm, Ray Jr., Ed, Marie, Katherine, Florence, Robert (in infancy), and Dick. He is survived and loved by many in-laws, nieces, nephews, cousins, and special friends.

A visitation will be held at the Ruestman-Harris Funeral Home in Minonk on Saturday, October 2, 2021, from 9:30-11:00 a.m. Funeral service will begin at 11:00 followed by a gravesite ceremony with military honors at the Minonk Cemetery.

To honor our Dad, please consider taking your kids out for a game of one-on-one, to play catch, or maybe stay in for a game of Euchre or Uno. Remind them to “always give 100%” and to “keep hustling because the game’s not over till the last out.” That’s what Dad did. And now he’s finally safe at Home.

Online condolences can be sent to family at www.ruestmanharrisfuneralhome.com.

To send flowers to the family or plant a tree in memory of Ronald "Chuck" Charles Cusac, please visit our floral store.

To send flowers to the family in memory of Ronald "Chuck" Cusac, please visit our flower store.