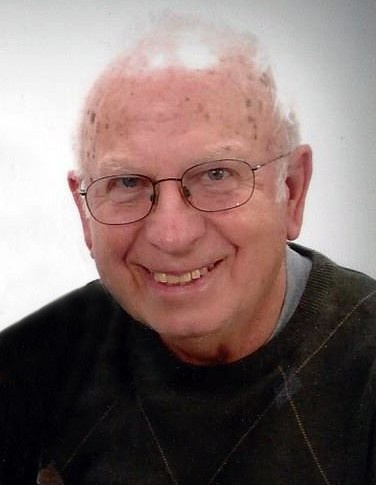 Richard was born on February 18, 1936 in Normal to Homer and Helen Schapmire Blaine. He married Marlene Jensen on March 17, 1962 in Bloomington, IL. She survives.

He was preceded in death by infant son, Steven; brother, Michael “Mickey”, three sisters, Betty, Shirley, Beverly, and his parents.

Richard served his country in the U.S. Army.

Richard worked for State Farm for 41 years, retiring in 1991. He was a member of St. John’s Lutheran Church in Bloomington. Richard was active in street rodding and car shows and was known for his Roadster.

There will be no services at this time. Cremation will be accorded. Burial will be at Eastlawn Cemetery in Bloomington at a later date.

Memorial contributions may be made to St. John’s Lutheran Church Building fund in Bloomington. Online condolences can be left for the family online at www.ruestmanharrisfuneralhome.com

To send flowers to the family or plant a tree in memory of Richard Lee Blaine, please visit our floral store.

To send flowers to the family in memory of Richard Blaine, please visit our flower store.