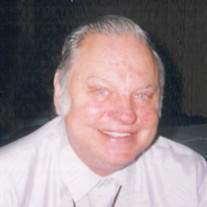 Bloomington - Michael Louis
Thompson, 73, of Bloomington, passed away at 2:30 p.m. on Tuesday,
March 25, 2014 at Advocate BroMenn Medical Center in
Normal.

His funeral will be held at 1 p.m.
on Sunday, March 30, 2014 at Kibler-Brady-Ruestman Memorial Home in
Bloomington.  Visitation will be two hours prior to the
service at the memorial home on Sunday.

Interment will be at Evergreen
Cemetery in Bloomington.  Memorials may be made to the
American Heart Association.

Michael was born on May 3, 1940 in
Bloomington, a son of Louis "Tiger" and Verna Stautz
Thompson.

He was preceded in death by his
parents.

Michael was previously employed at
Wareco, Owens Oil, and Bloomington Candy and Tobacco.

His last 18 years he worked as a
custodian at Sugar Creek Elementary School in Normal.

He was a member of Local 362 and a
lifelong Cub fan and collector of Cub Memorabilia.  Michael
always enjoyed big band music and he was known for his smile.

He will be deeply missed by family
and friends.

To send flowers to the family or plant a tree in memory of MIchael Louis Thompson, please visit our floral store.

To send flowers to the family in memory of MIchael Thompson, please visit our flower store.