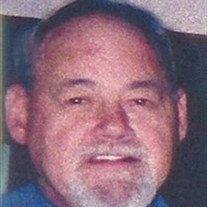 
He was preceded in death by his parents; step father, Kenneth G.
Butler; one brother, Eugene Nelson; and one niece, Sharon
Nelson.


An Army veteran, Kenneth served his country during the Vietnam
War. He was an E-4 and drove a 12 ton APC. He was also a member of
the Roanoke American Legion Post 463.


Kenneth was an over the road truck driver, last working for
Maverick Transportation before he retired in 2007.


He was a member of the Trinity Lutheran Church in Roanoke where
funeral services will be held at 11:00 am on Tuesday, November 19,
2013. Rev. Bruce Scarbeary will officiate. Visitation will be held
from 4-7 pm on Monday night at Knapp-Johnson-Harris Funeral Home in
Roanoke and from 10-11 am on Tuesday at the church. Burial with
military rites will be in the Roanoke Township Cemetery.

To send flowers to the family or plant a tree in memory of Kenneth John Nelson, please visit our floral store.

To send flowers to the family in memory of Kenneth Nelson, please visit our flower store.