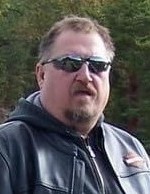 He was preceded in death by his father.

There will be no visitation or funeral services. Cremation will be accorded. Ruestman-Harris Funeral Home in El Paso is handling arrangements for the family.

Memorial contributions may be made to Shriners Children Hospital. Online condolences may be sent to the family at www.ruestmanharrisfuneralhome.com.

To send flowers to the family or plant a tree in memory of Jerry L. Walter, please visit our floral store.

To send flowers to the family in memory of Jerry Walter, please visit our flower store.