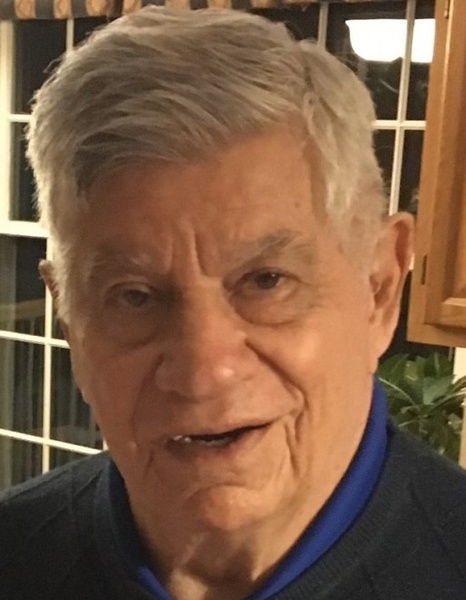 He was preceded in death by his parents; one brother, Andreas; one son, Thomas Paloumpis, M.D.; and twin infant daughters, Mary and Christine.

Herc was a U.S. Army veteran holding the rank of Cpl (T) and earning a Good Conduct Medal while serving at Hqs 44th Division at Fort Lewis Washington.  His M.O.S was Adjutant General School completing a course for Personnel Administrative Specialist.  After an honorable discharge he became a member of the Minonk American Legion Post #142.

The Princess Sweet Shop in Minonk was opened in 1915 by two Greek immigrants, Tom and Nick Paloumpis.  When Herc’s father Tom passed away, Herc took over the shop and operated it until 1969.

Herc was also an educator and administrator in the area for many years before retiring in 1990 from Woodland High School in Streator as Principal. He obtained his Bachelor’s of Science degree at Illinois State University where he also lettered in Track & Field.  After graduating from ISU, he earned his Master’s Degree in Educational Administration from Bradley University. Herc was a member of several professional education organizations and a member of Rob Morris Masonic Lodge #247 in Minonk, IL.

He was also a member of the Holy Apostles Orthodox Church.

Funeral services for Herc will be held at 11:30 a.m. on Tuesday, November 30, 2021 at Ruestman-Harris Funeral Home in Minonk and livestreamed at https://www.facebook.com/Ruestman-Harris-Funeral-Home-Minonk-163090263718686/. Father David of Holy Apostles Orthodox Church will officiate. Visitation will be one hour prior to services from 10:30 a.m. to 11:30 a.m.  Burial will be in Minonk Township Cemetery with military rites afforded by the Army and the Minonk American Legion Post #142.

Memorial contributions may be made to the charity of the donor’s choice in honor of Herc.

To send flowers to the family in memory of Herc Paloumpis, please visit our flower store.