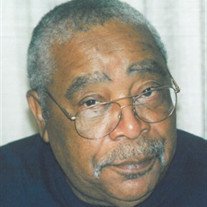 Cremation rites will be accorded
per the family's wishes. A memorial service will be held on Friday,
August 23, 2013 at 1:00 pm at Kibler-Brady-Ruestman Memorial Home
in Bloomington with Rev. Frank L. McSwain, Sr. officiating.

Inurnment will follow the services
at East Lawn Memorial Gardens in Bloomington. In lieu of flowers,
memorials may be directed to The American Diabetes Association or
to an organization of the donor's choice in Jerry's name. The
family of Gerald has entrusted Kibler-Brady-Ruestman Memorial Home
with the care of their loved one.

Jerry was born February 17, 1942 to
Robert and Clara (Maddox) Thomas in Danville, IL.. He attended
Danville public schools and served in the United States Navy.

He is survived by a son, Kevin
(Lois) Bryant, grandchildren, Devin and Maya Bryant, all of Kendall
Park, New Jersey, brother, John (Maria) Thomas and sister, Carol
(Dallas) Lyle of Bloomington, IL, and of nieces, nephews, aunts,
uncles, cousins and friends who will miss and fondly remember
him.

He had accepted Christ as Lord and
Savior. Gerald attended the Washburne Trade School where he
received certification as a General Machine Operator. Jerry
received an Associate degree in Applied Science from Danville Area
Community College and a Bachelor degree in Legal Studies from
Sangamon State University, Springfield, IL.

Jerry completed his paralegal
internship with the General Law Division of the Illinois Attorney
General's Office. He was employed by the Illinois Department of
Transportation (IDOT) for over 17 years. At the time of his
retirement in 2002, he was working in IDOT's Bureau of Claims.

Until his health declined, Jerry
was an avid fisherman. His hobbies included playing pinochle,
collecting birds of prey and travel. He was the owner of Bubba's
Bar B Q and his booth was known for lip-smackin' ribs at numerous
venues and vendor fairs around the state. He loved blues and
enjoyed traveling with buddies to attend jazz and blues
festivals.

Special thanks to Marilyn White,
his caregiver for over five years and the medical staff at Memorial
Medical Center.

Online condolences and memories of
Jerry may be sent to the family at kiblerbradyruestman.com

To send flowers to the family or plant a tree in memory of Gerald "Jerry" Thomas, please visit our floral store.

To send flowers to the family in memory of Gerald Thomas, please visit our flower store.