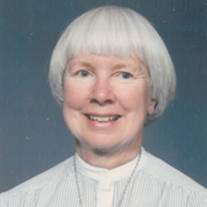 In addition to her husband, Tommy,
who preceded her in death on October 25, 2008, she was also
preceded in death by her parents; two sisters, Lola Bane and
Marjorie Bartmess; and one grandson, Ryan Thomas Wood.

Bunny's father, James W. Bane was
killed in 1923 in a farming accident.  She and her sisters
were  raised by their mother in Dana until they moved to
Normal in 1935 where both older sisters attended Illinois
State Normal University.

Bunny graduated from Normal
Community High School in 1941, and attended Illinois Wesleyan
University, where she was a member of the Alpha Gamma Delta
sorority. She graduated in 1945 with a degree in English.  She
worked at State Farm Insurance Co. on the night shift with other
college students during World War II.

Bunny married Thomas W. Wood in
Springfield, IL on January 7, 1946.  He had returned from the
service where he was stationed in North Africa.  He was a
musician, and her life also ended up in music, when they
opened the Music Shoppe, Inc. in 1961 in Bloomington-Normal.
She was in charge of the sheet music dept. for 40 years.

She was a busy and loving wife,
mother, and grandmother who was thrilled to be a
great-grandmother.  Bunny and Tommy enjoyed 62 years of
marriage and enjoyed traveling together.  She was an avid
reader and loved gardening.  Throughout the last 48 years
Bunny enjoyed the company of her potluck group of high school
classmates.

A memorial service will be held at
11:00 a.m. on Friday, February 14, 2014 at Kibler-Brady-Ruestman
Memorial Home  in Bloomington with Pastor Scott
Carnes officiating.  Visitation will be from 4-7:00 p.m.
on Thursday, February 13, 2014 at the memorial home.

Cremation rites will be
accorded.  Inurnment will be at a later date at the Dana
Cemetery in Dana.

To send flowers to the family or plant a tree in memory of Ella "Bunny" Bane Wood, please visit our floral store.

To send flowers to the family in memory of Ella Wood, please visit our flower store.