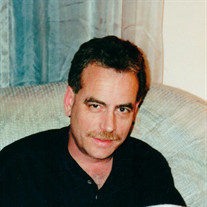 Darrel Allen Nelson, 66, of Lacon & Minonk passed away on March 4, 2020 in Minonk. He was born on Sept. 8, 1953 in Marion, IL to the late Paul and Patricia (Moore) Nelson. Darrel and Christie Cline were married on December 31, 1999 in Lacon. He worked at Caterpillar for 12 years, and then Durre Brothers/O'Brien Steel for 24 years. He was a loving husband and father, who enjoyed his Cardinals, spending time with his family & friends, going to Brooklynn's games, golfing, fishing trips, and riding his Goldwing all over the entire country.
Darrel is survived by his wife Christie, his daughter Brooklynn, his son Jeremy Cline all of Lacon, his sister Debbie (Bob) Haugens of Galena, Brother-in-law Curt (Patricia) Cline of Lacon, six nieces and one nephew. He was preceded in death by his mother Patricia Ioerger, father Paul E. Nelson, and brother Mike Ioerger.
Visitations for Darrel will be held on Friday March 13th from 4-6 at Ruestman Harris Funeral Home in Minonk and Saturday March 14th at 10-11am at Lenz Memorial Home in Lacon. Graveside services will immediately follow in the Lacon Cemetery. Online condolences can be left at lenzmemorialhome.com
Brooklynn was his light and his life. We are sure that he would prefer memorials be made for her education fund. Darrel will be dearly missed by many.

To send flowers to the family or plant a tree in memory of Darrel A. Nelson, please visit our floral store.

To send flowers to the family in memory of Darrel Nelson, please visit our flower store.