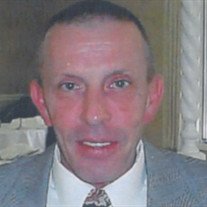 He was born on December 7, 1948 in Fairbury, IL to David and Mary Rinkenberger Kaeb. He married Donna Henry on August 5, 1972 in Graphenvere, Germany. She survives.

Dan proudly served his country in the Army retiring after 20 years of service. He was a Vietnam Veteran serving as a medic during the war. He was a member of the Pontiac VFW Post #886; Pontiac AMVETS Post #115; and the McLean County DAV Chapter #60.

After retiring from the Army, Dan worked for Nestle in Bloomington for 17 years, retiring in 2007. He was a loving husband, father, and grandfather and will be missed by all.

Dan was a member of St. Patrick's of Merna Catholic church where funeral mass will be held at 11:00 am on Monday, October 13. Monsignor Greg Ketcham will officiate. Visitation will be held at the church from 9-11 am prior to the services on Monday. Entombment with military rites will be held at Eastlawn Memorial Gardens in Bloomington. Ruestman-Harris Funeral Home in El Paso is assisting the family with arrangements.

Memorial contributions may be made to the Community Cancer Center in Bloomington or to the Downs Fire and Rescue. Online condolences may be sent to the family at www.ruestmanharrisfuneralhome.com.

To send flowers to the family or plant a tree in memory of Daniel L. Kaeb, please visit our floral store.

To send flowers to the family in memory of Daniel Kaeb, please visit our flower store.