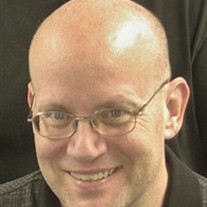 
He was preceded in death by his
parents.


Charlie worked at Charlie's Place in Kappa, Wal-Mart in Normal,
and Windsor Foods in Toluca, IL.   He was a member of
Immanuel Lutheran Church in Minonk, IL; Mohammed Shriners and the
Masonic Lodge #352 AF and AM in Morton, IL.


He was a loving husband, father, brother and uncle who will be
missed greatly. Charlie was also an avid St. Louis Cardinals
baseball fan.


Funeral services will be held at 11:00 am on Wednesday, October 2,
2013 at the Immanuel Lutheran Church in Minonk.  Pastor Ray
Barclay will officiate.  Visitation will be held from 9-11 am
prior to the service on Wednesday at the church.  Burial will
be in Minonk Township Cemetery.  Ruestman-Harris Funeral Home
in Minonk is assisting the family with their arrangements.


Memorial contributions may be made to a college education fund for
his children % Minonk Community Bank or to the Immanuel Lutheran
Church. Online condolences may be sent to the family at www.ruestmanharrisfuneralhome.com

To send flowers to the family or plant a tree in memory of Charlie R. Carr, please visit our floral store.

To send flowers to the family in memory of Charlie Carr, please visit our flower store.